The Wild Mile will have habitats for bees, butterflies, fish and birds

A plan for an eco-park on the North Branch Canal near Goose Island aims to turn the ultra polluted branch of the river into a pleasant sanctuary for wildlife and people.

The Wild Mile park will be much different than other recreational parts of the Chicago River—it’s main focus will be to create healthy ecosystem so wildlife comes back to the city.

At the second community meeting on Thursday, designers talked about pollution issues such as untreated water going straight into the river, oxygen levels so low fish cannot survive, and the hard vertical walls preventing a natural ecosystem. Oh, and heavy rains cause sewage to leak into the water too.

That’s a lot to fix.

The primary goal of the park is to put wildlife first. There will be habitats designed for pollinators like bees and butterflies which in then will create the building blocks for more animals like insects, mussels, fish, turtles, bats, and birds. Some ideas for attracting this fauna include hexagonal apiaries, floating wetlands, and submerged habitats that will artfully peek out of the water. They also suggested gourd birdhouses for Purple Martins and large concrete tubes which catfish love.

One of the most important things is introducing a natural edge back into the canal, ecologists have told the design team. Most healthy rivers have four levels—upland, riparian, emergent and littoral. So with the Wild Mile design, adding floating gardens, shallow pool areas, textured or terraced plant levels to incorporate a faux slope will create a cleaner river.

A more finalized plan for the Wild Mile will be introduced in April, but the general idea is that the eastern side of the canal will be a place for people to connect with nature and the western side will be more for wildlife.

The eastern side, where designers essentially have 20 feet from land to river, will include three sections that focus on art and performance; outdoor recreation and learning; and lookout park space.

The first section, The Turning Basin, near North Avenue includes some land near Kayak Chicago that could be used as a waterfront performance area. Near the bridge, designers have suggested a small park with mounds inspired by the Montgomery Ward Park and exercise area and fishing pier. The design for the pier includes an aeration waterfall which would add more oxygen into the river making it livable. 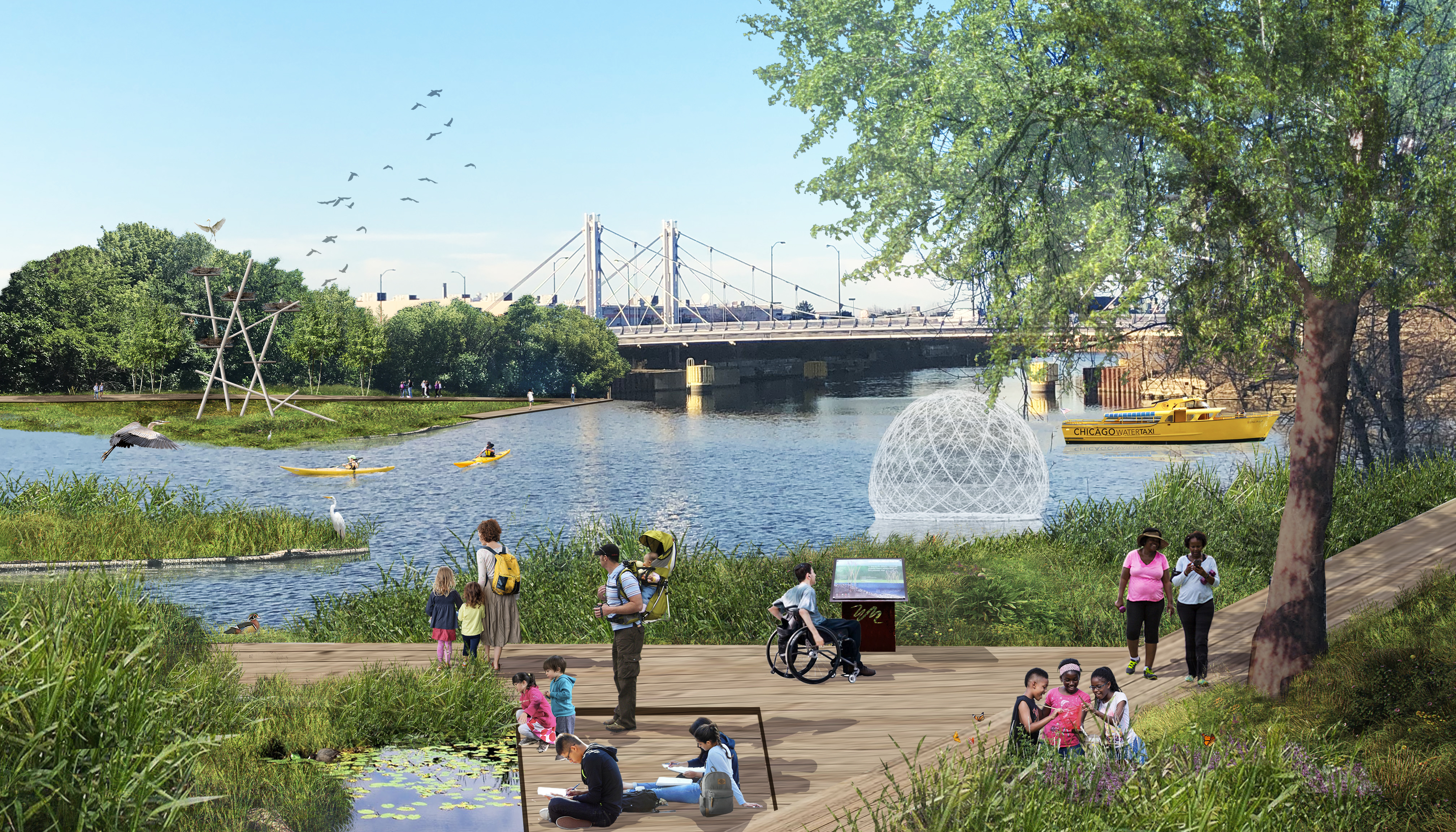 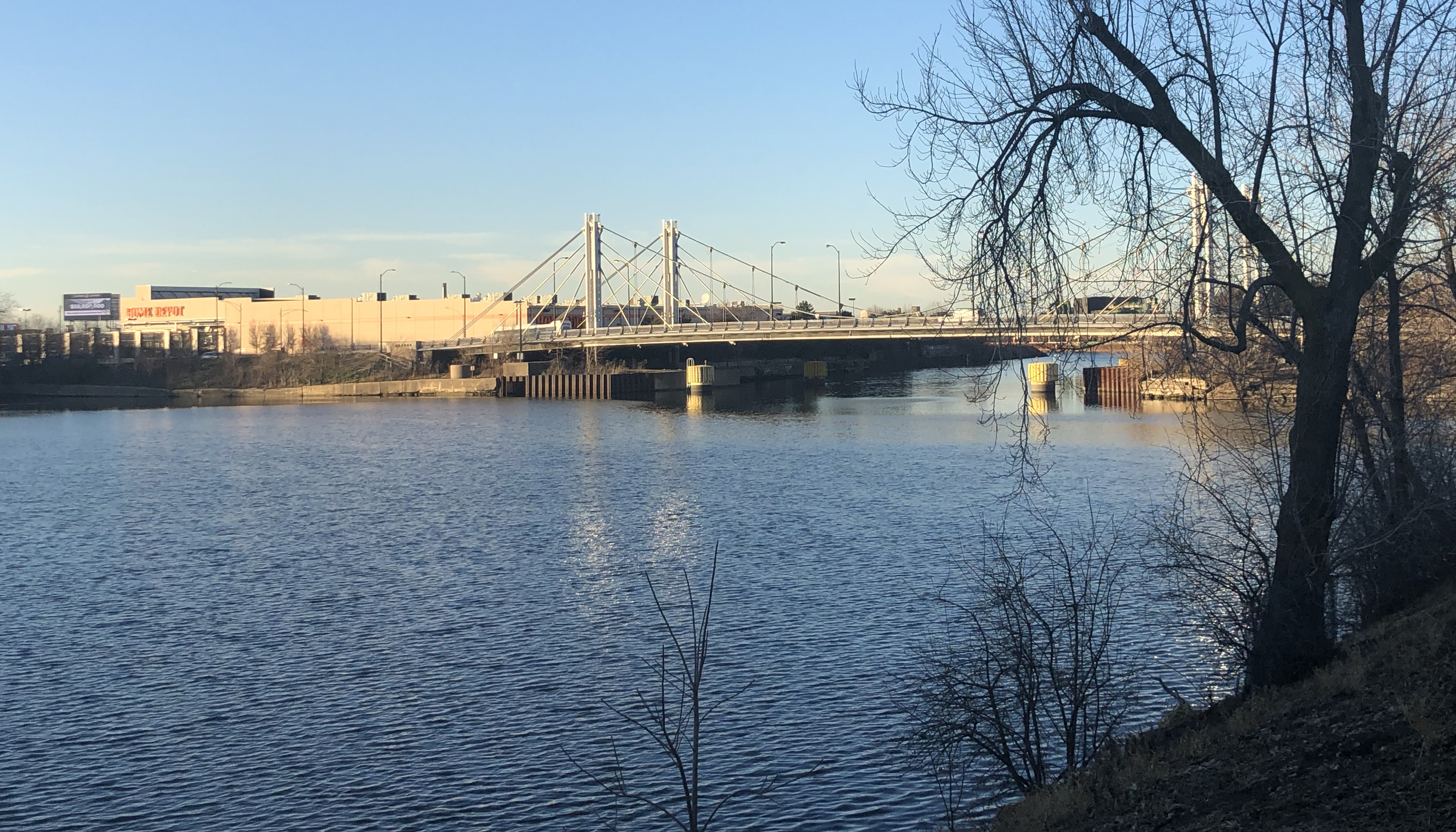 Turning Basin before and after.

The second area, The North Reach, is the widest part of the river and presents some opportunity for floating wetland islands in the center, naturescapes with rope swings, and fish nurseries. This is also where the new REI store will be located and the retailer has plans for an outdoor firepit, kayak launch and lounging areas at the rivers’ edge. Some residents even suggested creating a rooftop space at the store for overnight camping.

The last section, The South Reach, might include an outdoor exhibit on the Wild Mile, a lookout tower, netted hammock-like seating, long walkways and places to meet or work since its very close to the Groupon Building at 600 W. Chicago Avenue.

Residents who attended the meeting on Thursday were excited about the initial designs and liked that the plan was inspired by innovative ideas from parks around the world. 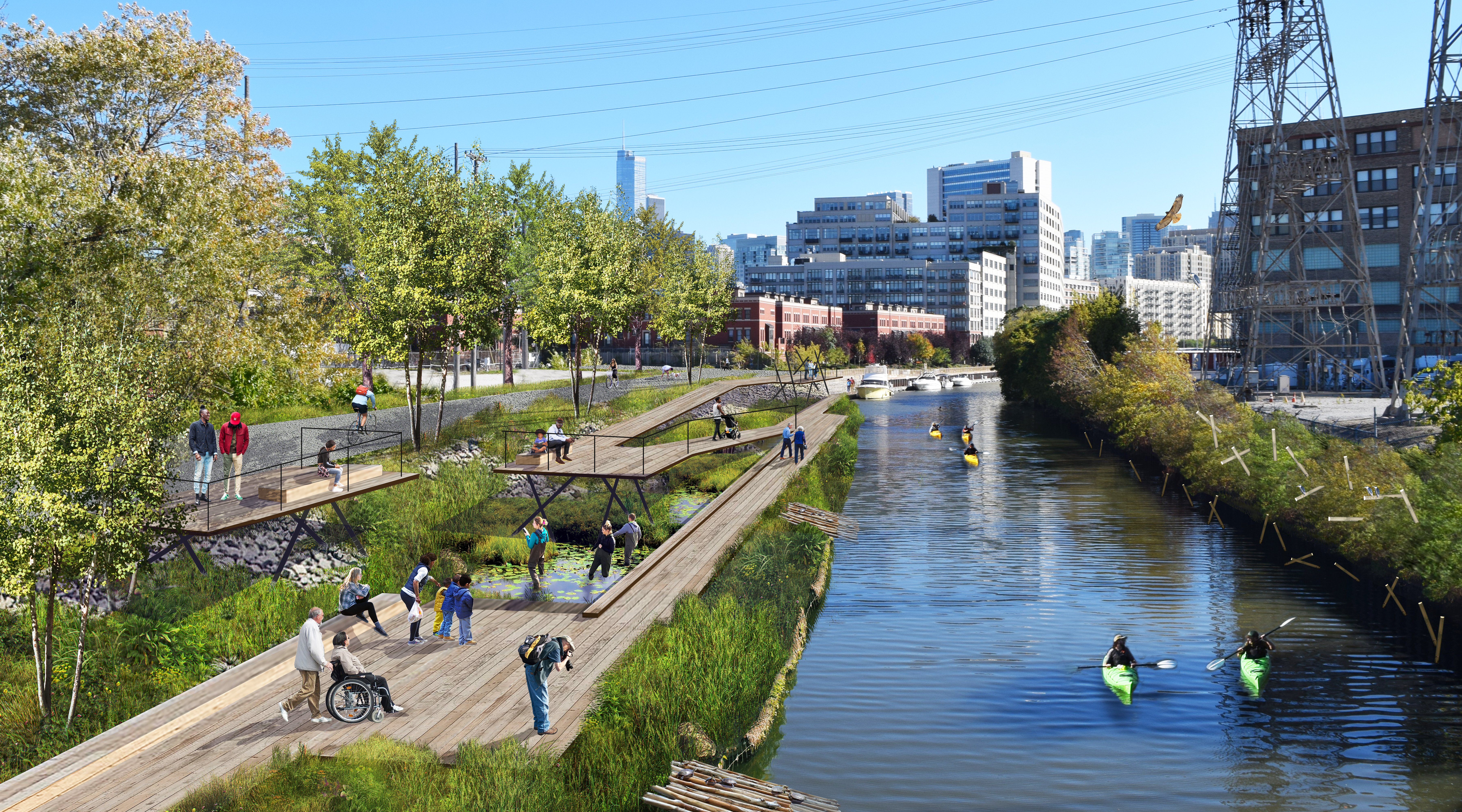 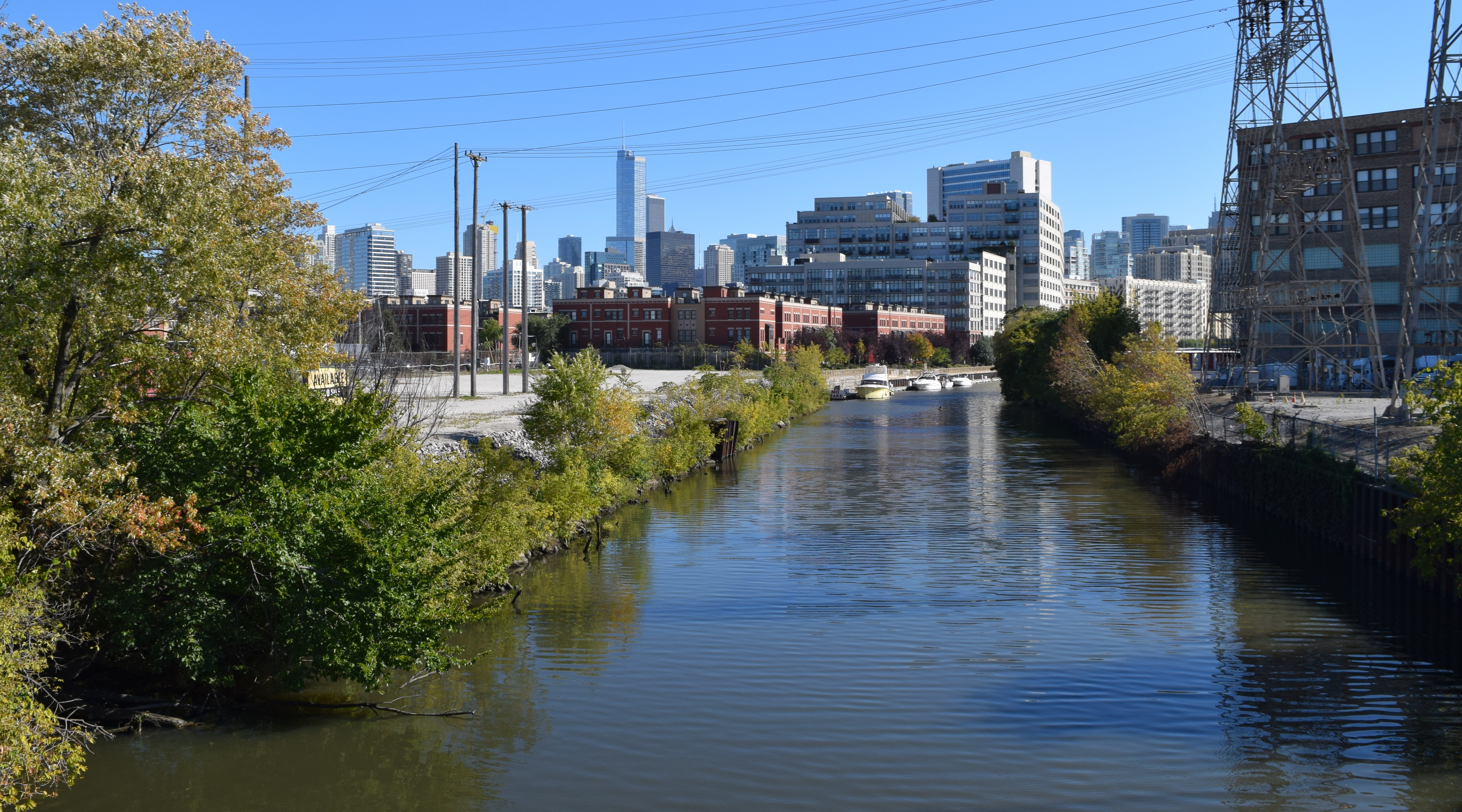 The South Reach before and after.

The Wild Mile team is taking feedback on the general design ideas and will present a final framework plan in a few weeks. Organizers are optimistic about getting funding to build out the Wild Mile because the design is flexible and the community supports the park’s fundamental goals.

Stay up to date on the project’s progress through the Wild Mile website and submit feedback for the team before the next meeting in April.

Next Up In News