Despite notable revisions, a four-story transit-oriented apartment proposal looking to replace a gas station at the corner of Lincoln and Seminary avenues will not be moving forward—or at least not in its current from.

“After a second community meeting, we have rejected a development proposal for 2658-2670 N. Lincoln Avenue,” said 43rd Ward Alderman Michele Smith in a recent email to Lincoln Park residents. “We have directed the developer to revise its proposal again for several reasons, including traffic and safety concerns at the intersection of Seminary Avenue and Lincoln Avenue.”

Based on feedback collected at an earlier December meeting, the developer Tempus Properties had cut the number of residential units to 35, down from an initial count of 45. The updated design from Space Architects + Planners also reduced the amount of retail space from 6,500 to 2,240 square feet and slightly upped parking from 17 to 19 spaces. 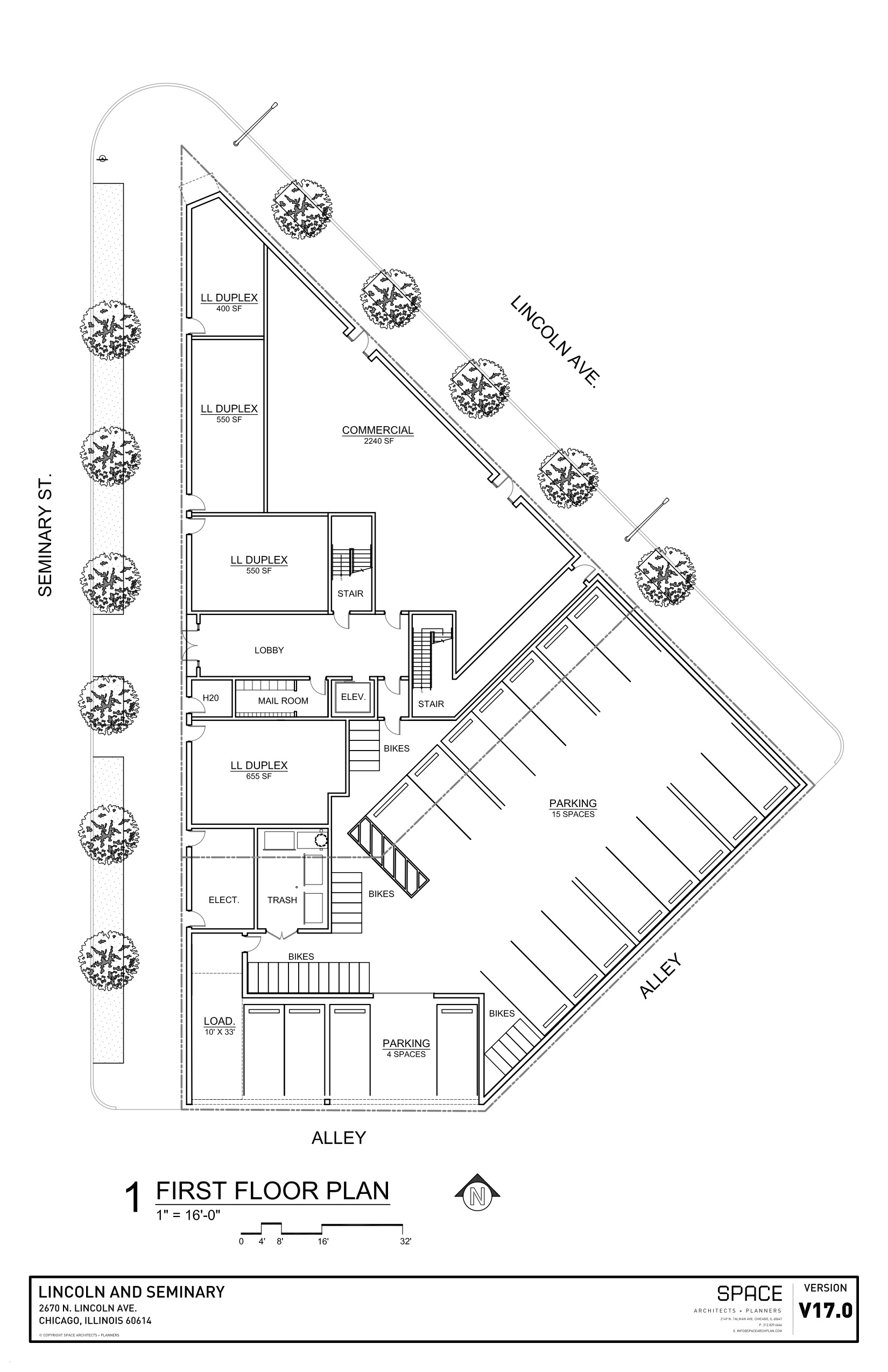 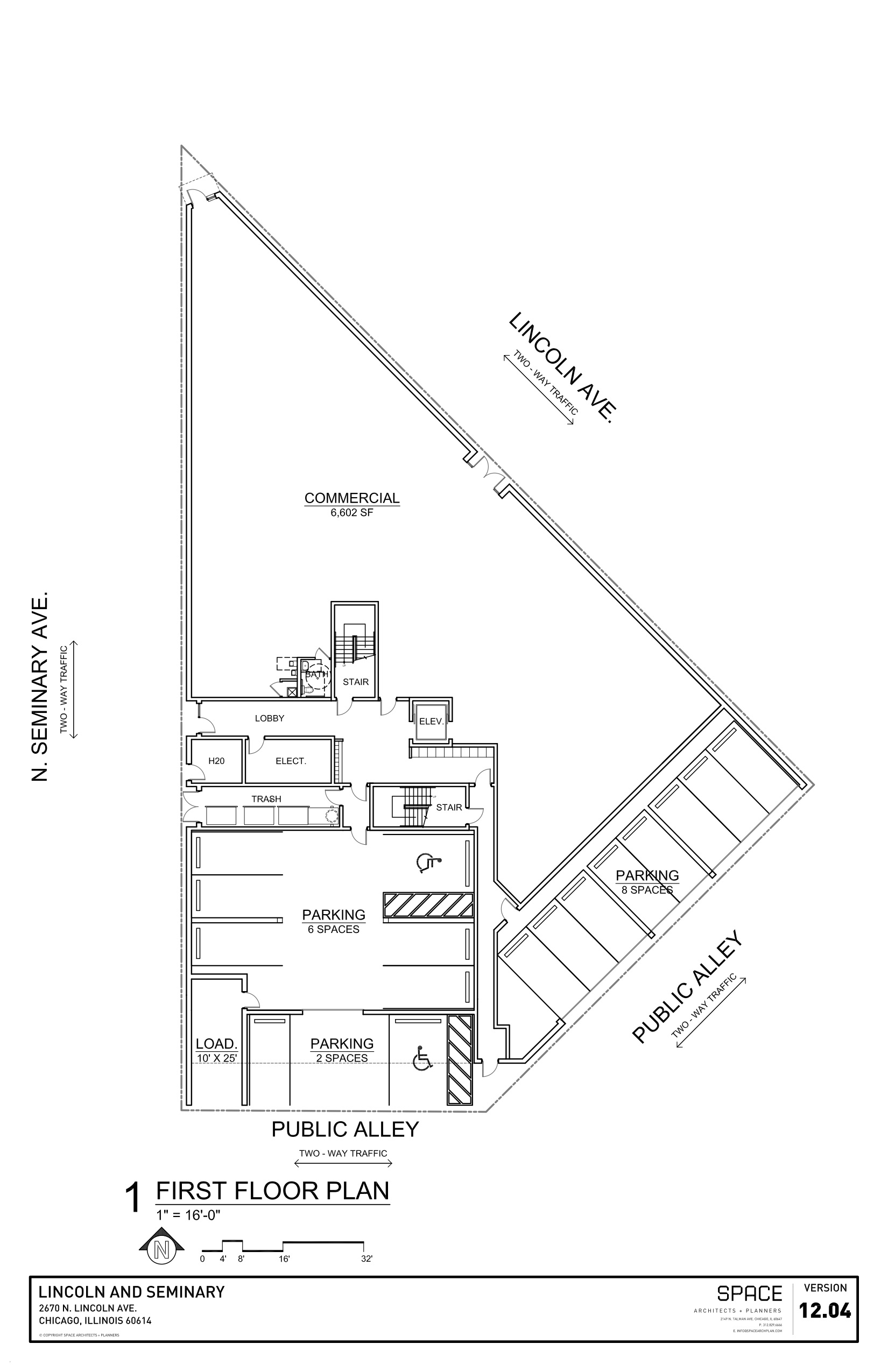 Some of the biggest changes to 2670 N. Lincoln Avenue were to its ground floor. Much of the commercial space was replaced by residential duplexes and extra parking.
Space Architects + Planners

Proposed as a replacement for the wedge-shaped corner gas station parcel as well as an adjacent single-story commercial building at 2662 N. Lincoln Avenue, the project was seeking a zoning change to bring both properties up to a unified B3-3 designation.

It is unclear if the developer plans to come back to the community a third time with additional changes. Even if further revisions are made, the project is still unlikely to address the intersection’s tricky line-of-sight issues raised by oppositional neighbors and echoed in Alderman Smith’s statement.

While Lincoln Park is incredibly walkable and has no shortage of mass transit options, the neighborhood hasn’t really embrace the transit-oriented development movement to the same degree as other North Side communities like Wicker Park, Bucktown, Logan Square, and Uptown.