The development team behind a tall, skinny condo tower proposed in the heart of Chicago’s Fulton Market District is back with a new design that is both shorter and wider.

The revised plan for 170 N. Peoria Street was presented Tuesday night at a public meeting hosted by Alderman Walter Burnett, Jr. and the West Loop Community Organization. The changes are the result of feedback received at an earlier public meeting held in January.

Now with an updated design, the proposed development will rise 43 stories and 495 feet—down from 51 stories and 570 feet. To offset the haircut, the tower’s width increases, with its square-shaped floorplates growing from 101 to 105 feet per side. The project’s density—as measured in Floor Area Ratio (FAR)—and count of 300 for-sale luxury residences is unaltered. 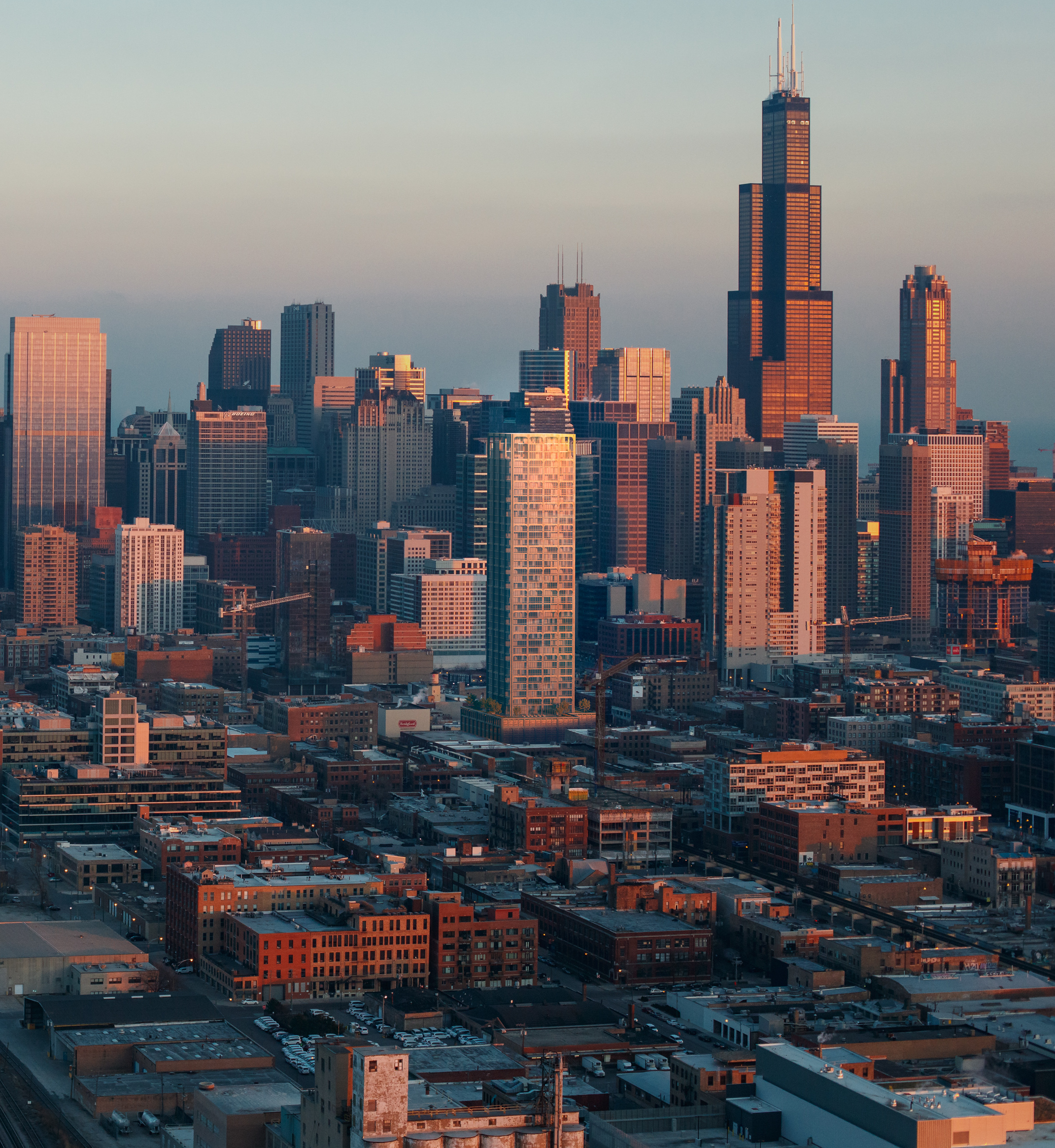 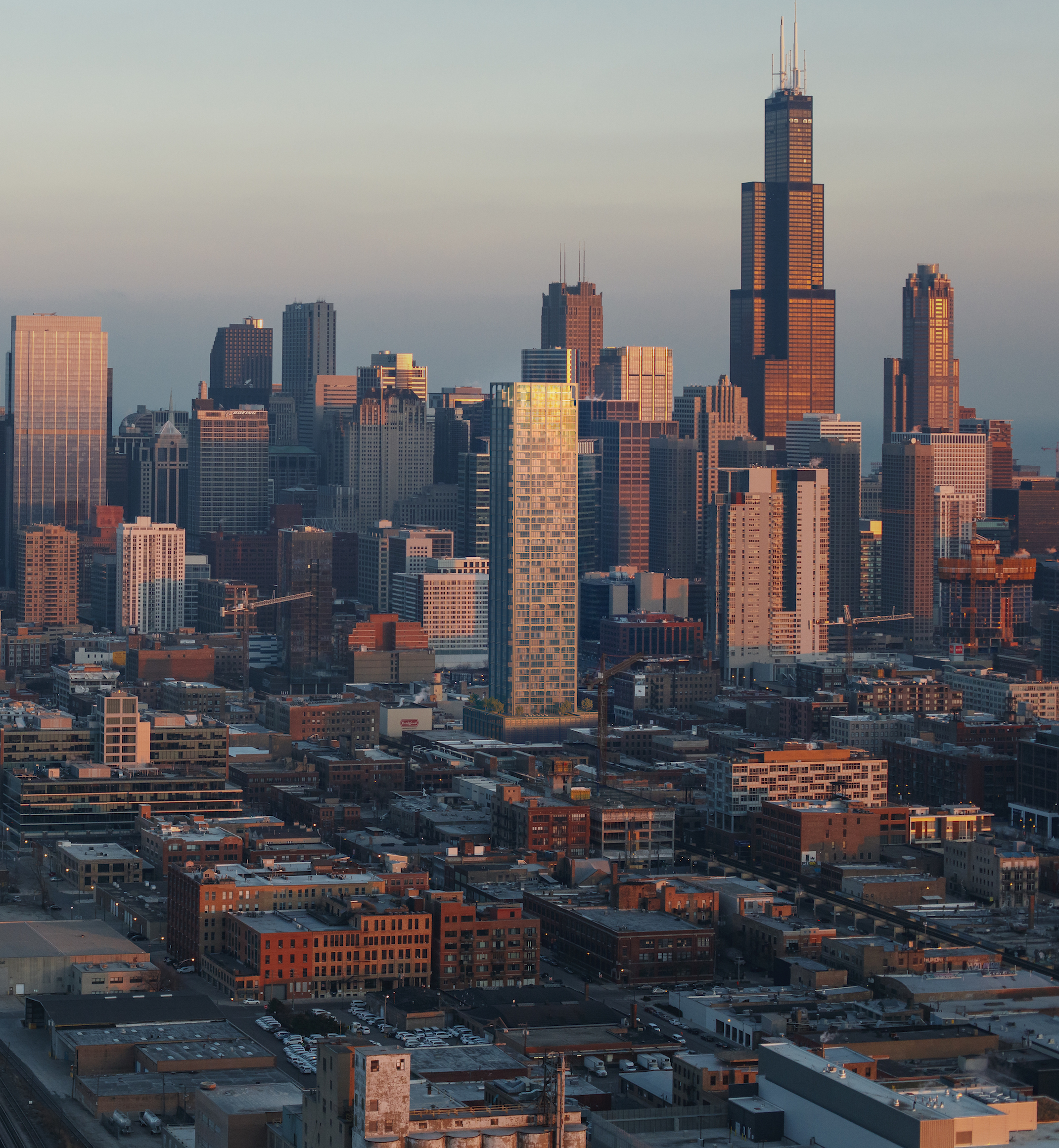 The tower at 170 N. Peoria is a joint venture between Related Midwest and Tucker Development. The latter purchased the majority of the block in 2015 and renovated the existing landmarked buildings into new office and retail space. Tucker previously considered constructing a 19-story apartment building for the site prior to teaming up with Related last year.

Tuesday’s presentation also included new data from an updated traffic study. With the West Loop area adding new projects seemingly every week, the revised report now takes the projected traffic from 21 nearby developments into account—up from the 11 projects highlighted in the initial study.

In addition to showing off the revised tower, the developers announced an agreement to pay for upgrades to Randolph Street. Ernie Wong of Chicago landscape architecture firm Site Design previewed a number of potential improvements lifted directly from the city-approved West Loop Design Guidelines. These upgrades could include protected bike lanes and new lighting, seating, and landscaping.

A number of neighbors and building owners took issue with a rendering that showed the removal the street’s parallel service drives. Originally built to accommodate trucks when the neighborhood was primarily a wholesale food market, these drives are now used as valet parking and drop-off zones for local restaurants.

Curt Bailey, president of Related Midwest, said his team was receptive to putting the funds toward a different open space improvement project and will work closely with Alderman Burnett and the community throughout the process. The company is considering paying for similar streetscape improvements in front of its 58-story hotel and apartment tower slated for nearby 725 W. Randolph Street.