The massive One Chicago Square project took a key step forward today as members of the Chicago Plan Commission voted in favor of what could be the city’s sixth tallest building.

Slated to replace a long-time parking lot across from Holy Name Cathedral at the corner of State Street and Chicago Avenue, the mixed-use project from JDL Development calls for a pair of glassy towers rising a respective 49 and 76 stories atop a shared podium. The taller of the duo will top out at 1,011 feet to becoming the eighth Chicago tower to exceed the 984-foot “supertall” classification. 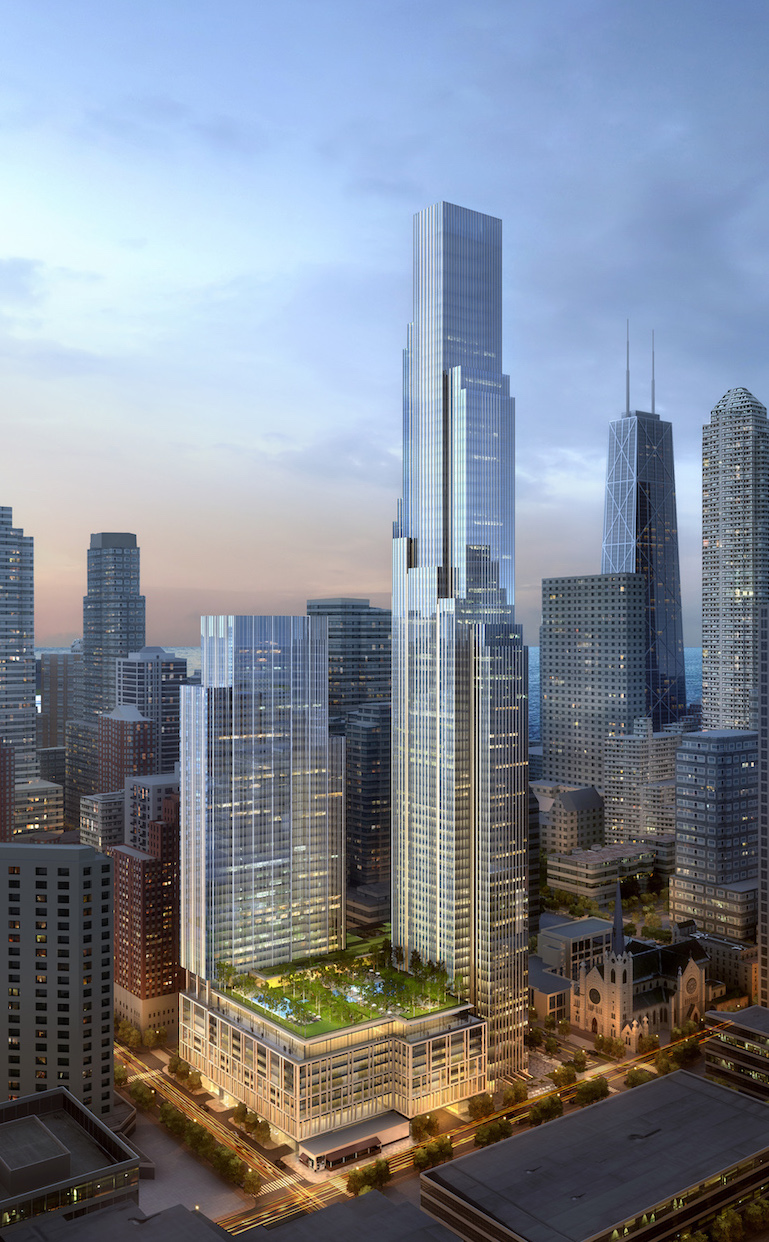 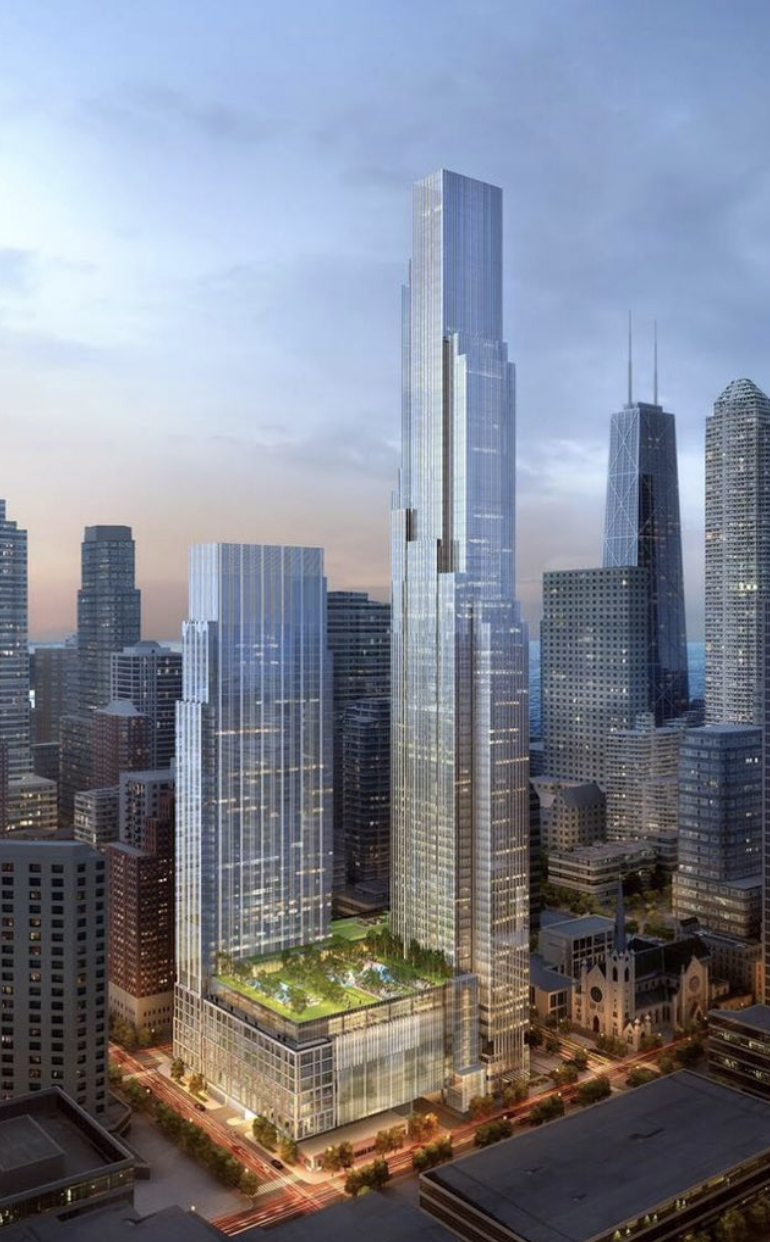 Tweaks to the previous plan [shown left] include a major height bump for the shorter tower, a slight increase for the supertall building, and an updated podium.
GP/HPA

As approved today by the Commission, One Chicago Square will contain up to 869 residential units comprised of both rental and for-sale condo units. The project also includes commercial space for offices, a grocery store, high-end heath club, and restaurant. The plan specifies 865 accessory parking spaces plus 225 stalls reserved exclusively for Holy Name parishioners.

The design from Chicago-based Goettsch Partners and Hartshorne Plunkard Architecture has also evolved since One Chicago Square’s October public debut. Changes include a height increase for the shorter tower and minor tweaks to the building’s podium and upper setbacks.

Beyond putting a previously tax-exempt chunk of prime real estate back on the books, the project will offer a number of public benefits. JDL will contribute roughly $13.2 million to Chicago’s Neighborhood Opportunity Bonus system as well as fund infrastructure upgrades on Chicago Avenue and improvements to Streeterville’s Seneca Park. The project will also pay $11.37 million into Chicago’s affordable housing fund and finance 22 actual units at the neighboring Lawson House YMCA building.

With an estimated cost of $500 million, One Chicago square will create between 1,500 and 2,000 construction jobs. According to Chicago’s Department of Planning and Development, JDL has committed to filling 50 percent of the construction jobs with Chicago residents, drawing 26 percent of workers from minority-owned and 6 percent from women-owned firms.

Provided final approvals from the Chicago City Council go smoothly, River North’s newest supertall could break ground as early as this year and open some time in 2021.