The Obama Foundation has released an updated plan for its Obama Presidential Center in Chicago’s Jackson Park after listening to community concerns for the better part of eight months. The revisions—which include a taller, redesigned main tower—come just days after the center’s controversial above-ground-parking structure on the neighboring Midway Plaisance was scrapped in favor of an entirely underground garage.

While members of the public were first shown early renderings in May and participated in numerous open and private meetings with the Obama Foundation since that time, Wednesday’s announcement represents the first comprehensive redesign for the innovative combination museum and community center.

Led by Tod Williams Billie Tsien Architects, the updated complex seeks to better harmonize with its historic Frederick Law Olmsted and Calvert Vaux-designed surroundings and better respond to concerns raised by both residents and open space activists. In addition to locating the 400-plus-car parking garage below the center itself, the biggest change to the plan is the design of its tallest structure.

The center’s so-called Museum Building has grown in height from 178 to feet 235 feet. The new design calls for a slightly slimmer profile with additional green space at its base. The update also replaces portions of building’s monolithic facade with a patterned architectural screening consisting of connected stone letters.

Roughly half of the tower will contain a ticketed exhibition space focused on telling the story of Obamas plus the Civil Rights Movement and broader African-American history. The rest of the structure, including its top-floor space with views of the park and Lake Michigan, will be open and free to the public.

The revised plan retains its library structure that will provide electronic access to presidential documents and could potentially house a Chicago Public Library branch. It will be joined by a forum building containing multi-purpose public spaces such as meeting rooms, an auditorium, and a restaurant. A planned athletic center with multi-sport indoor facilities will overlook a new outdoor running track to the immediate south. 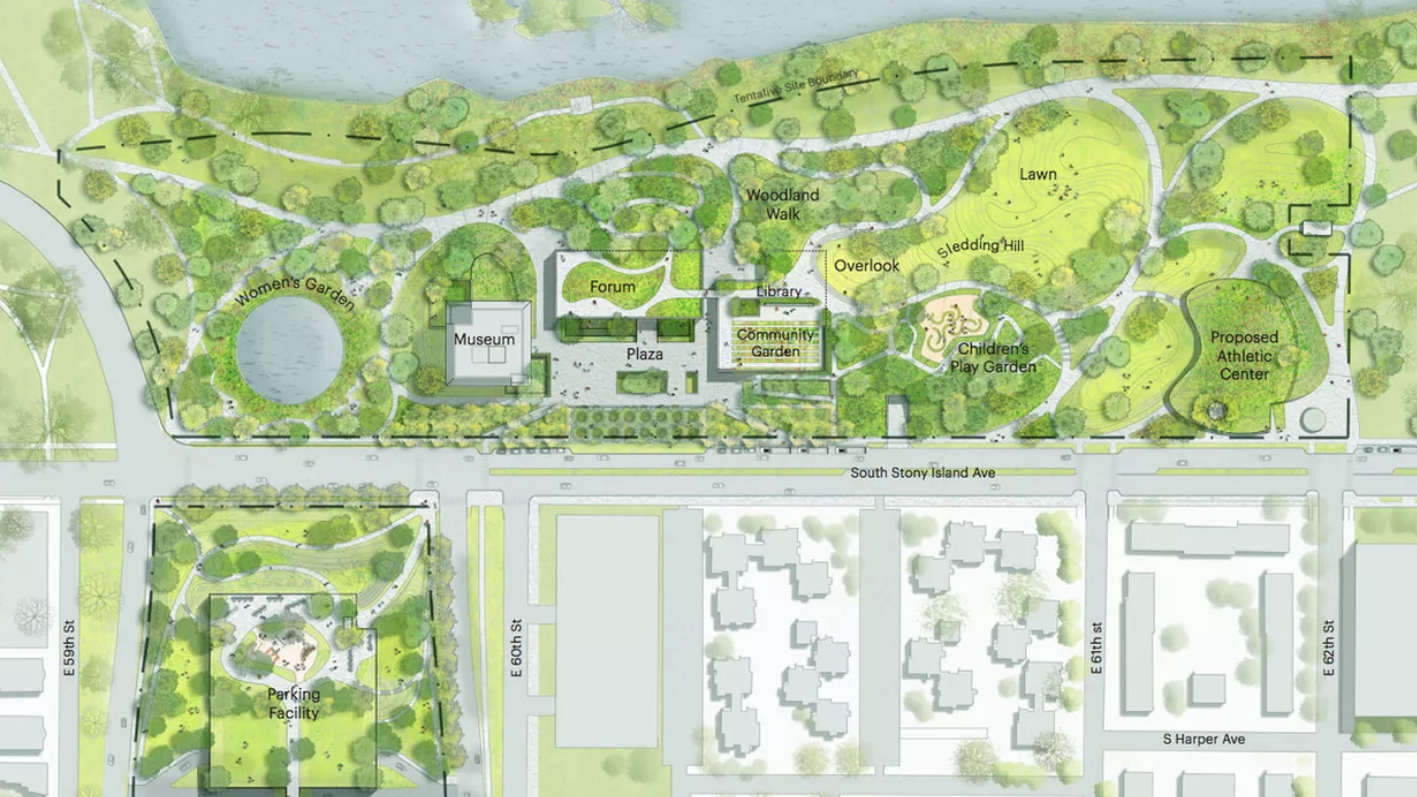 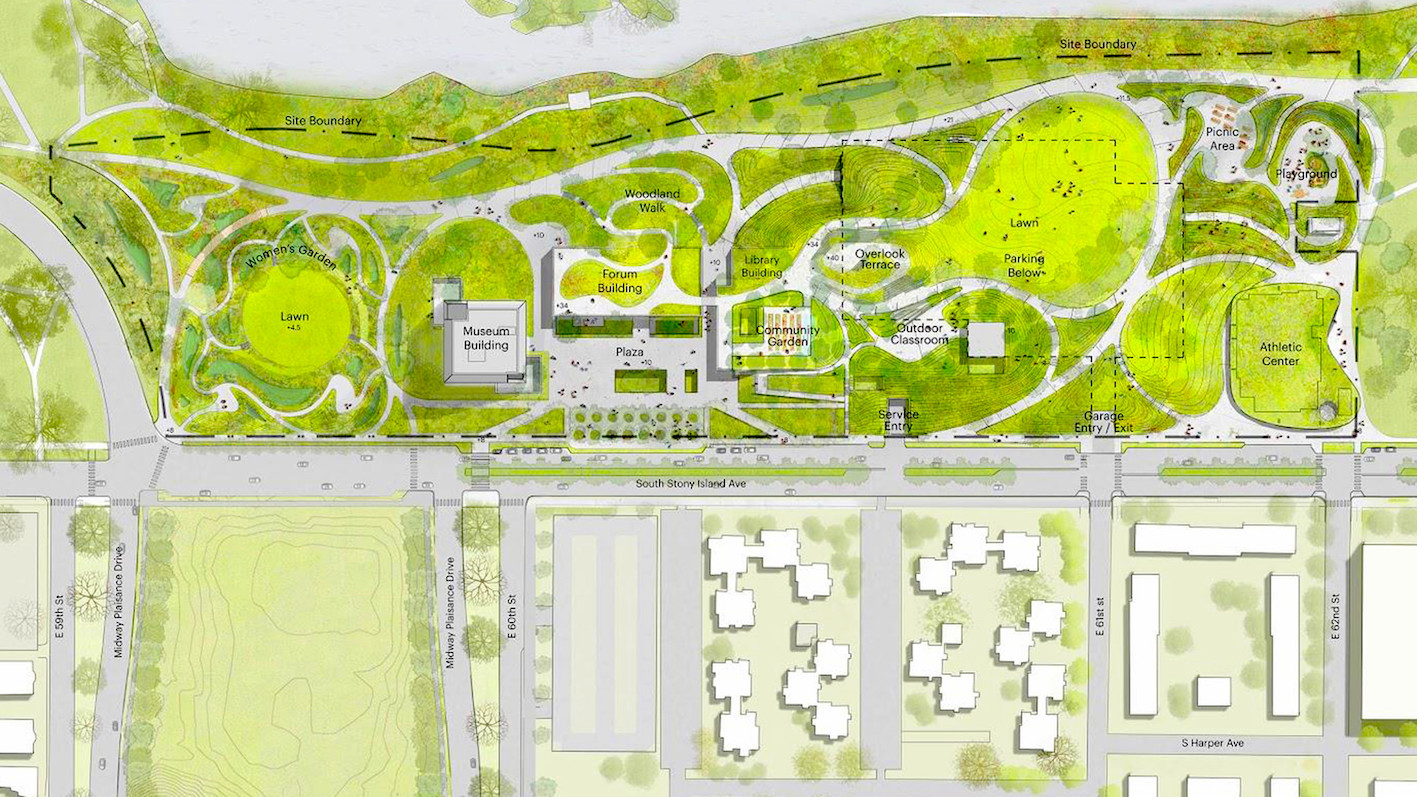 While many aspects of the design have been tweaked, the largest change to the site plan involves the decision to ditch the parking structure on the Midway Plaisance (bottom left).
Obama Foundation and Obama Foundation

For some critics of the plan, however, such tweaks are unlikely to change a strongly-held opinion that such a development should not come at the expense of losing a sizable portion the historic South Side park. Monday afternoon, more than one hundred University of Chicago faculty members released a statement opposing the decision to give away public parkland and close parts of Cornell Drive.

The Obama Foundation also announced that it will file for city zoning entitlements in the form of Planned Development and Lakefront Protection Ordinance applications on Wednesday. Both documents will come under the scrutiny of city officials including the Chicago Plan Commission and City Council prior to approval. As of this morning, the project’s applications have yet to appear on the City Clerk’s online portal.

Provided city approvals go smoothly, the team hopes to break ground later this year and open in 2021. Meanwhile, an ongoing federal review of the development’s impact on Jackson Park—triggered by its inclusion on the National Register of Historic Places—is taking place in tandem and isn’t expected to be be complete until later this year.

The Obama Presidential Center in Chicago

Next Up In Obama Presidential Library