Get a Glimpse Into 1930s Chicago Through Vintage Home Movies

These days, it seems as though you can't go anywhere without seeing someone taking a photo or video on their cell phone. However, back in the 1930s, home movie equipment was expensive and complicated. Fortunately, there were families who recorded their visits to Chicago during the early days of film. Some of these families eventually donated their footage to university libraries for safe keeping and to serve as an academic resource. The University of South Carolina has over 200 archival clips of Chicago, including a couple dozen of amateur, homemade movies.

One family that donated a number of home movies to the university was a famous husband and wife country music duo, Lulu Belle and Scotty Wiseman. The Wisemans were musicians famous in the 1930s and 1940s, and were regulars on WLS-AM's National Barn Dance broadcast.

But unlike your average tourist, the Wisemans had the means to afford home movie equipment and filmed their travels throughout the country. They made several home movies of famous places in Chicago, including Wrigley Field and Lincoln Park.

The Chicago skyline was a bit more modest back in the mid-1930s, however, the cityscape was still very impressive.

But Chicago isn't just tall buildings — there are some great parks as well. The city's official motto "Urbs in Horto" translates to "City in a Garden."

Like many tourists, the Wiseman family visited the Lincoln Park Conservatory, as seen in the background of this segment. The family also stopped by the zoo to get an up close and personal look at some wild animals and to go on a pony ride.

The University of South Carolina's Moving Image Research Collection also has the home movies of another family who spent time in Chicago during the mid-1930s. In a 15 minute clip from the Birch family, we get a look at an older Michigan Avenue and another look at the Lincoln Park Conservatory. 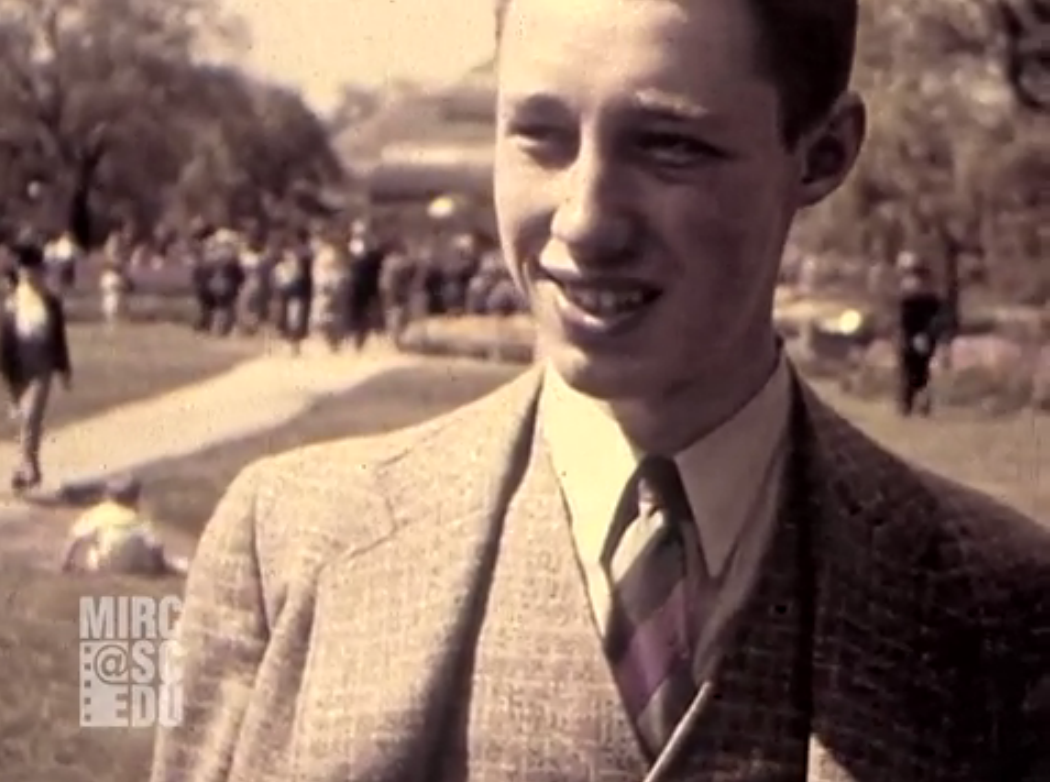 A group of people sitting on a bench and enjoying a lovely day in Lincoln Park.

The University of South Carolina Moving Image Research Collection has dozens of archival clips of Chicago — both professional and amateur. To see the 25 films in the Lula Belle and Scotty Wiseman home movies collection head this way. For other Chicago film clips, head this way.

Next Up In Chicago Videos