Eve had everything planned out when she first moved into this two bedroom, two bathroom in the Fulton River District. A self-described high-rise girl, her 15th floor unit in the Echelon at K Station has everything she was looking for in a starter apartment: on-site parking, concierge staff, an outdoor pool and a city-facing balcony. Her favorite thing? The view. Eastern facing floor-to-ceiling windows offer a fantastic vantage point from which to watch the sun set on our ever-changing Chicago skyline. 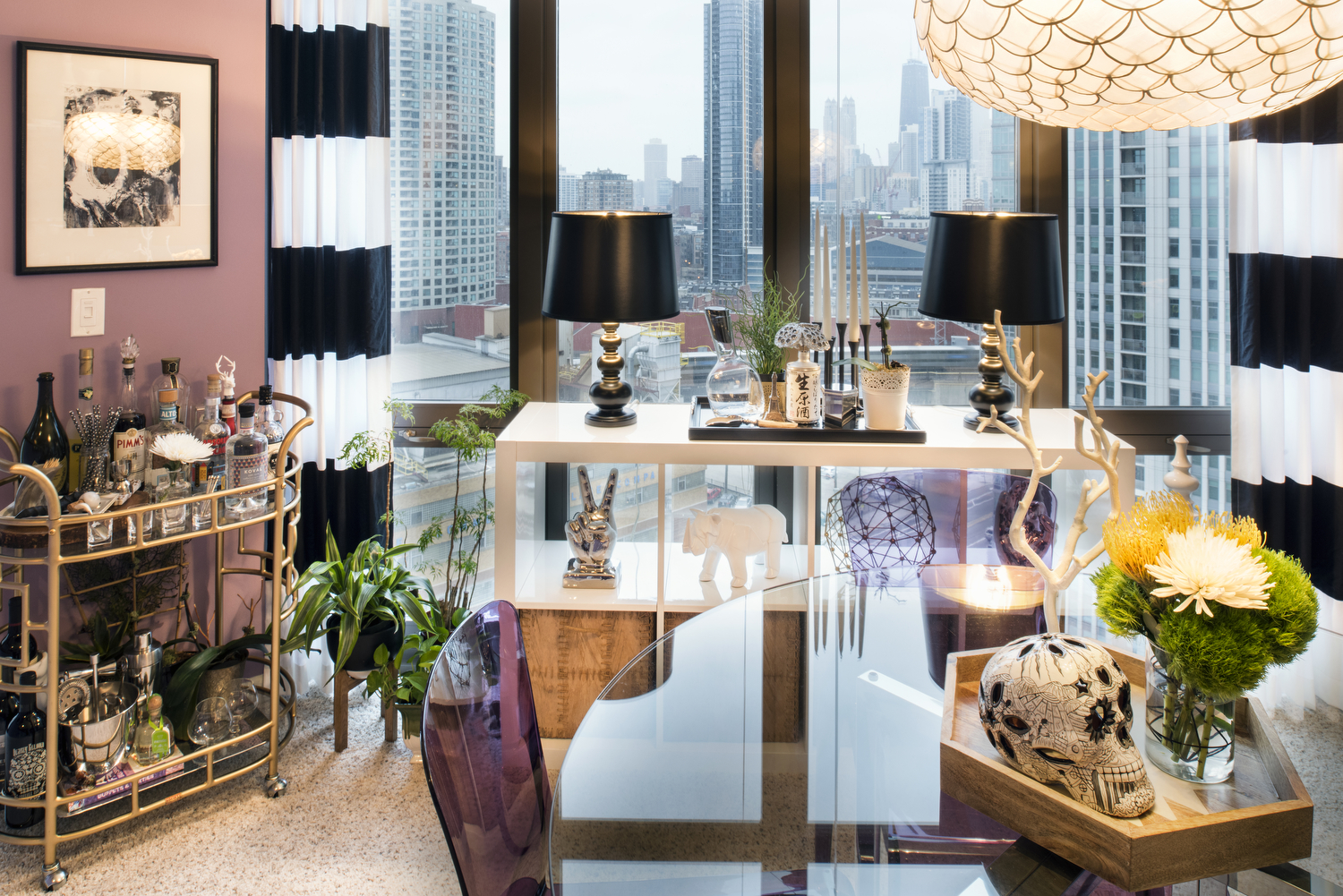 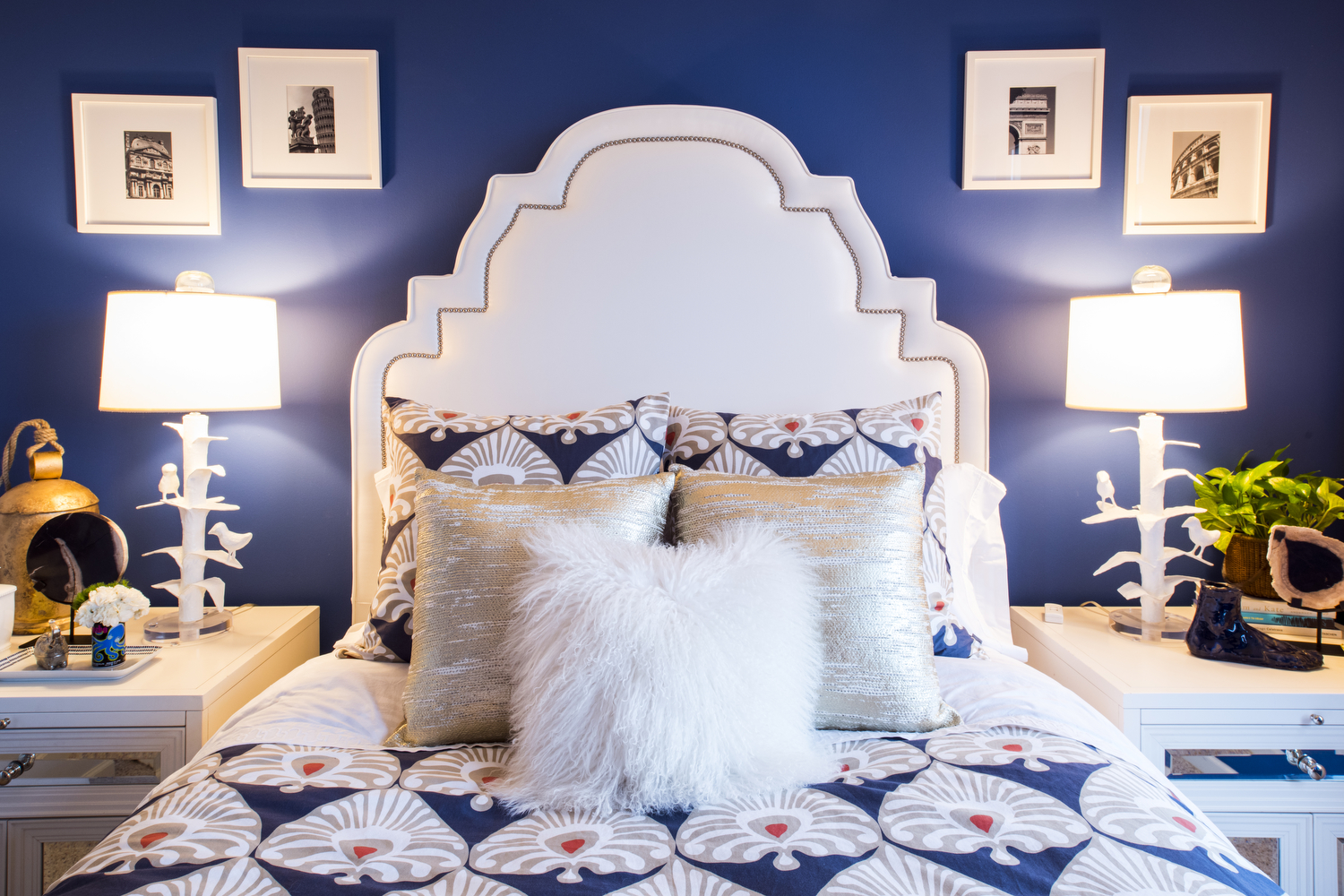 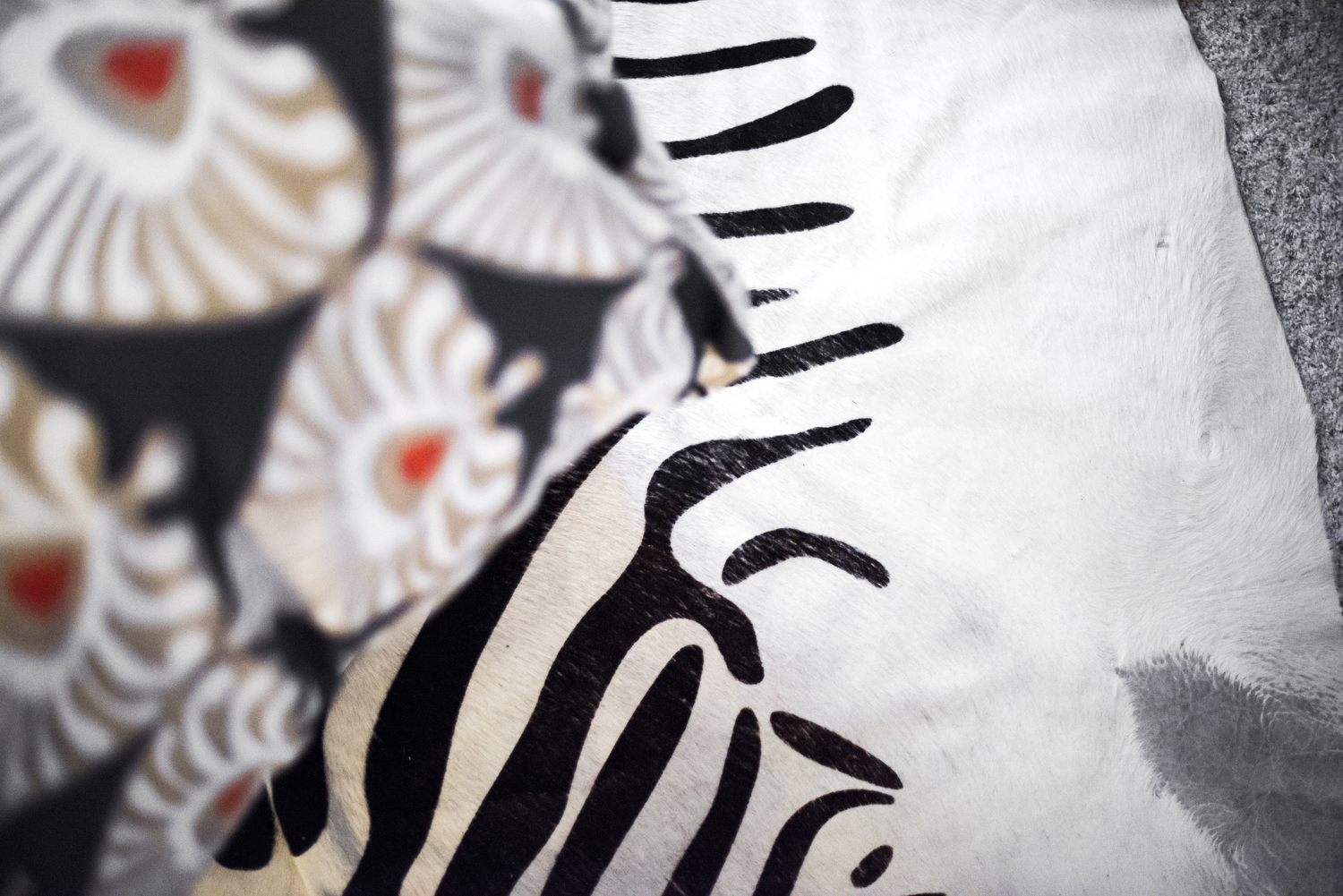 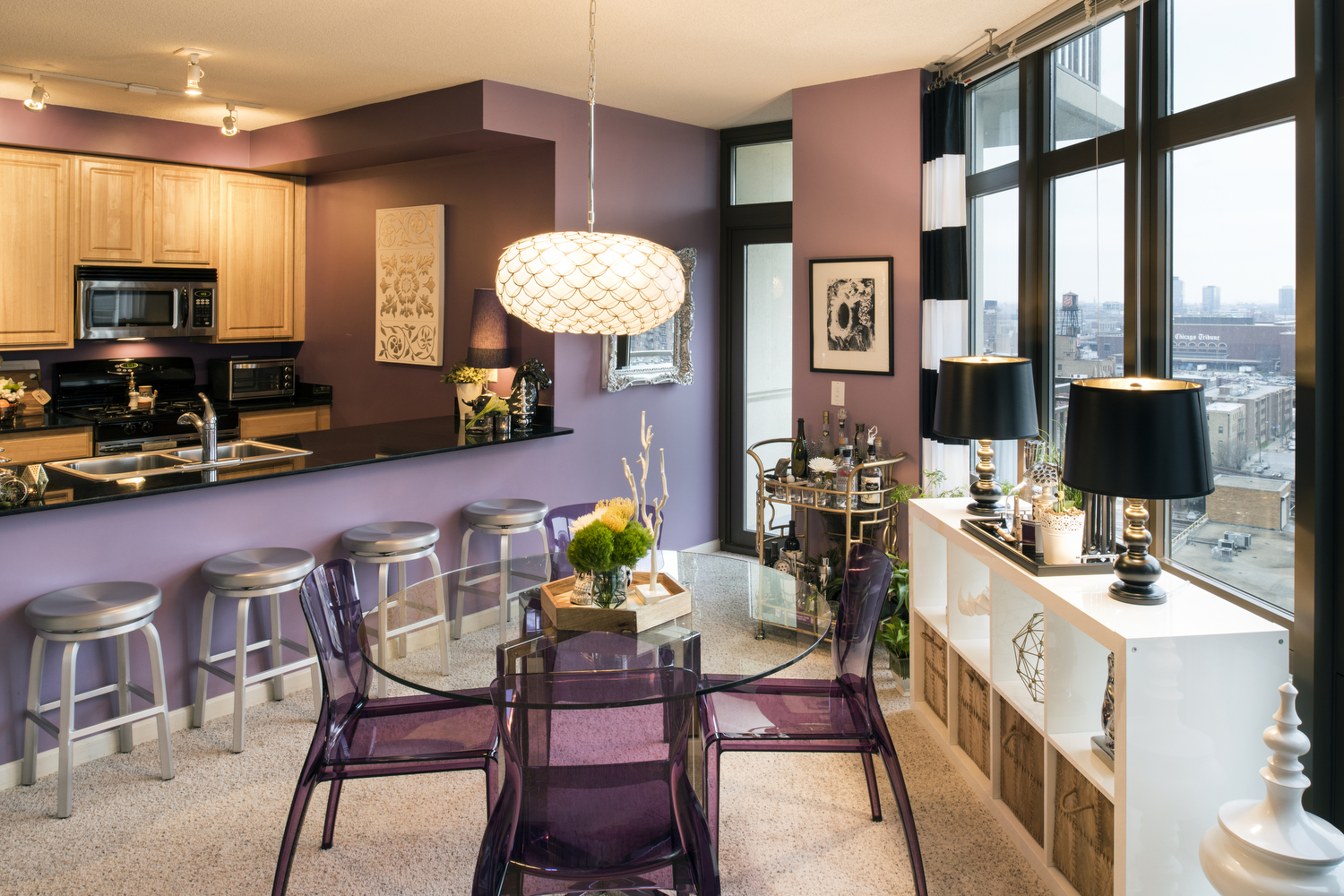 Eve, a professional event coordinator, and one roommate.

A rented 15th floor unit that is approximately 1,100-square-feet with two bedrooms, two baths and a northeastern facing balcony off of the living room.

I moved in in October of 2011, so I’ve been here about four and a half years now.

How would you define your personal style?

It’s a little glam. A little eclectic. I like incorporating pieces from my travels so you’ll see those scattered throughout the house. I’ve also made quite a few things around the apartment like the paintings in the living room and the headboard for my bed. I don’t think I really have a style, I just like what I like. I was allowed to paint so I went for it. Sometimes my guy friends get a bit thrown off by the purple but hey, girls live here. The purple suits us.

How’d you go about decorating?

We signed the lease well in advance so I ended up having two months to buy furniture and lay everything out. I had the floor plans and measurements and pictures of the place so I was doing a bunch of staging in my parents’ attic and I had everything ready to go on moving day. My mom always jokes that when I moved in, we were ordering Lou Malnati’s and eating and drinking within four hours.

Favorite thing about your place?

The view. Unfortunately it’s a bit gloomy today but the view is always fantastic and constantly changing. It seems counter-intuitive, but since we're facing east into the city we get the greatest Chicago sunset view. The whole skyline turns gold and it really is beautiful.

How did you end up in the Fulton River District?

I was the first of my friends to move down into the city after graduation and I always wanted to live in a building with door staff and on-site parking so I started searching for places downtown right away. My brother lives just over the river in River North and I wanted to be close to him but I’ve always found that area to be little too touristy for me so I looked a bit farther west and found this unit in the Echelon at K Station. I’d definitely describe myself as a downtown high-rise kind of girl now.

The Fulton River District is great. It’s downtown but it still feels like a distinct neighborhood. When I first moved here it was a much younger crowd but the vibe has changed in the last couple of years, still younger but we have more families in the building now. It’s definitely a neighborhood of convenience. I can easily walk downtown or jump on the highway and get out to the suburbs fast. We’ve got our own Jewel Osco next door and Randolph Street is right there. I’ve got a list of restaurants that I’ve been trying to make it through but, even four years later, it seems like I haven’t even made a dent.

We’ve got to ask, what’s it like living next to a chocolate factory?

Oh, Blommer’s? The chocolate smell? Honestly, you get used to it but my first day in the apartment was a very hot summer day and I walked outside and it was like someone had taken a handful of cocoa powder and just thrown it directly in my face. It’s can be kind of nice on a cold winter day and after four and half years, I do feel like I can tell if they’re making dark chocolate or milk chocolate.

So, will you be staying?

For now, yes. Until my lifestyle changes enough that I want something different, I’ll be here, soaking up the view.