A look through the new Kenect apartments on Milwaukee Avenue

The development officially opened at the beginning of October

Thousands of new apartment units are being built along the bustling stretch of Milwaukee Avenue from the Fulton River District up to Logan Square, and one of the biggest new developments for this popular corridor is the Kenect apartment complex. The project, which features 227 apartments, officially opened a few weeks ago and according to Akara Partners founder and CEO Rajen Shastri is nearly half leased. There has been a flood of new rental projects opening throughout the greater downtown area, so what makes this project different?

"We’re really focused on the tenant experience," Shastri tells us. While the complex doesn’t hit the towering heights that other new pricey apartment developments do, Kenect offers a large rooftop deck space and sweeping views of city. But one of the biggest selling points is its location right next to the Grand Blue Line station and the short commute to downtown. "We’ve timed it," Shastri explains. "We’ve had residents tell us that they timed how long it takes to get from door to door between their apartment and the Clark & Lake station, and it’s only about seven minutes." 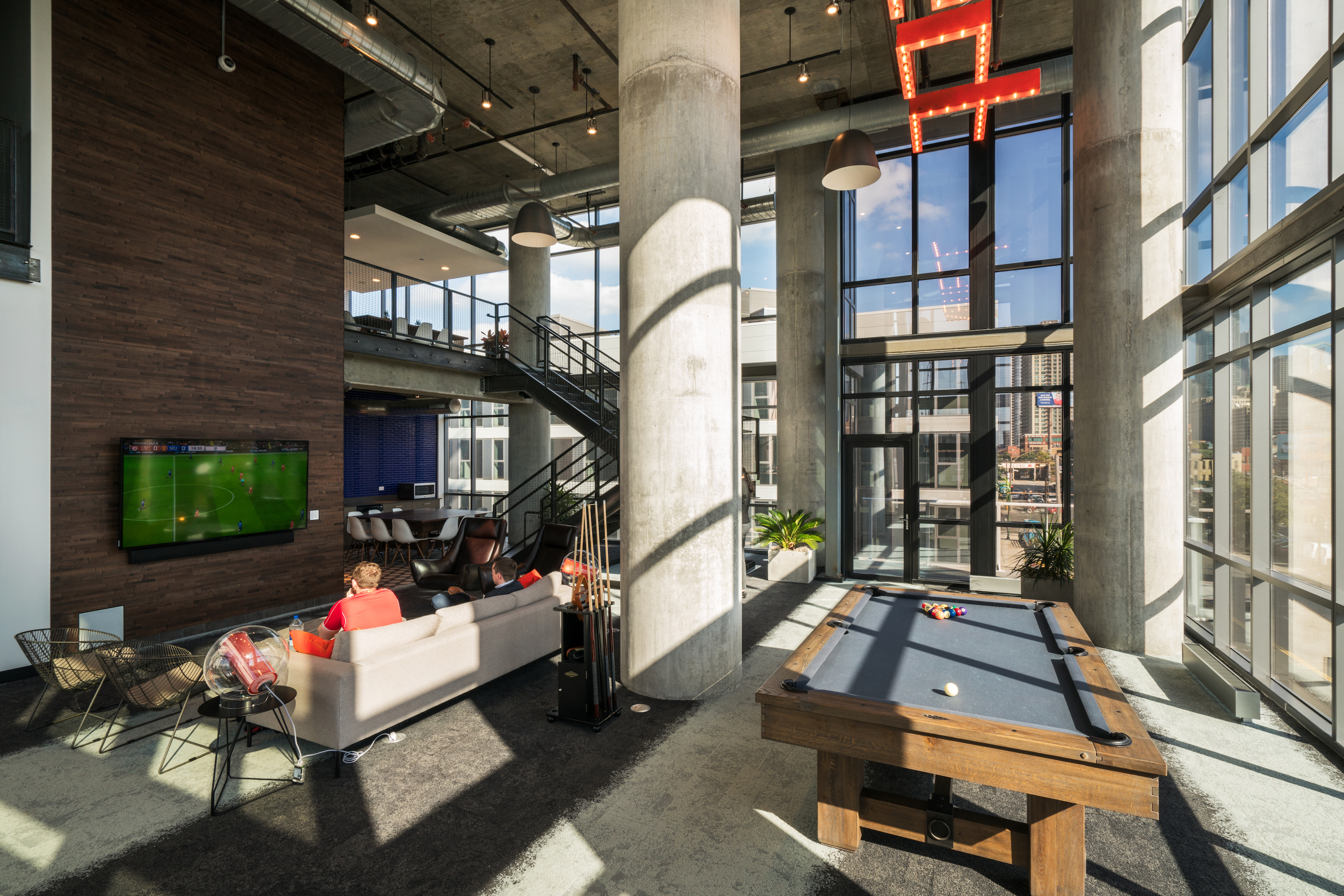 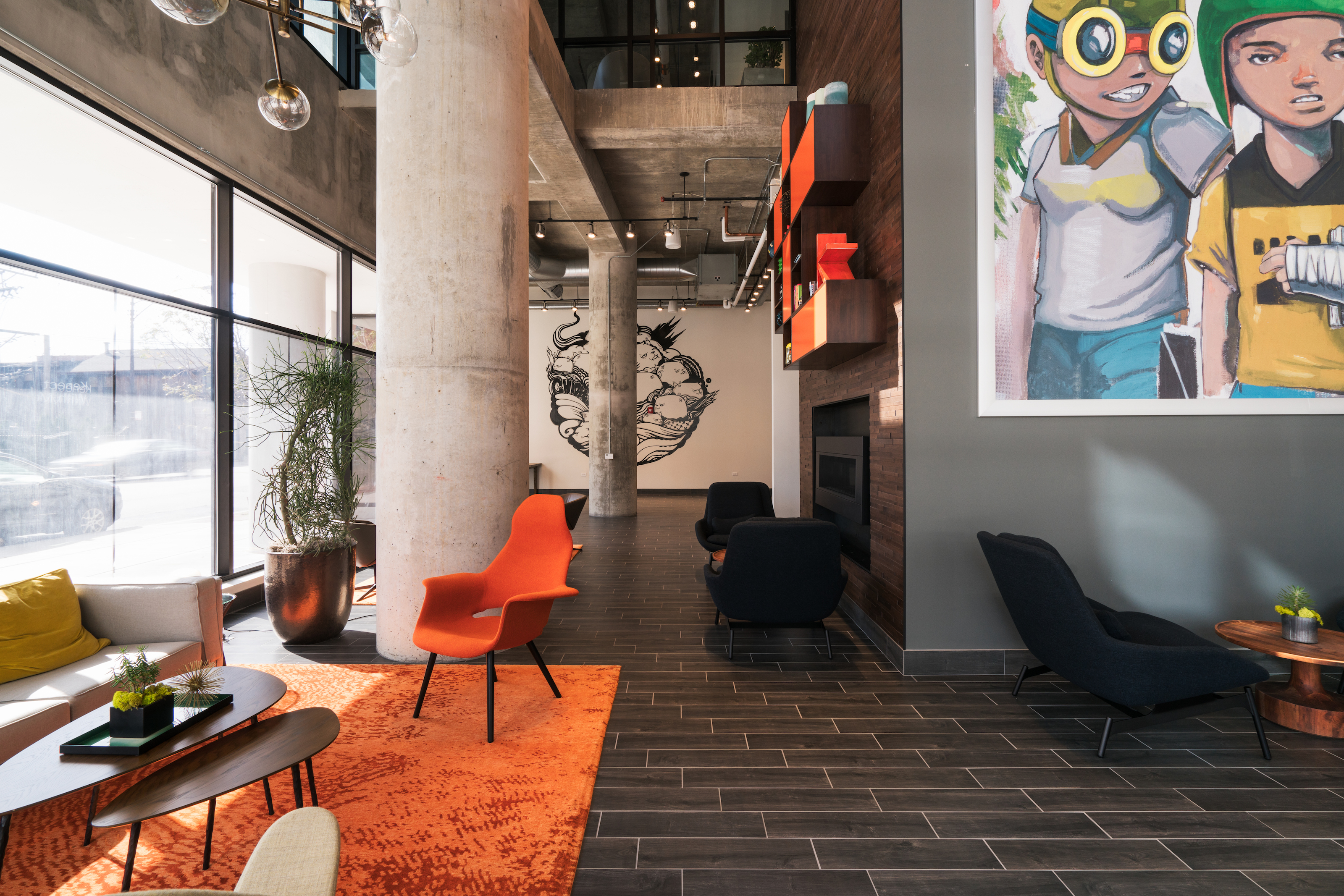 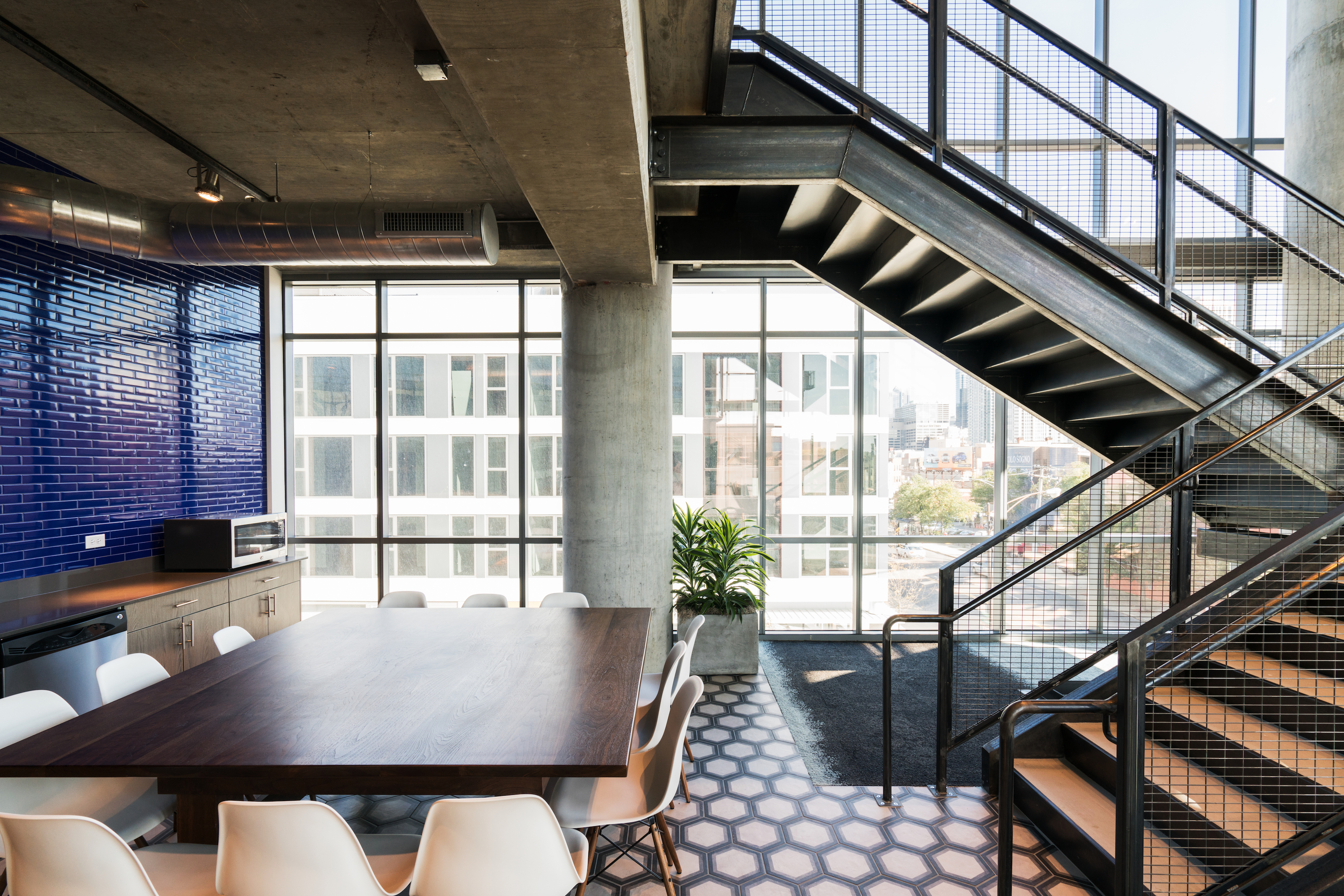 The Pappageorge Haymes-designed rental and retail complex boasts a large lobby space filled with colorful furniture and art from popular locals like Hebru Brantley and JC Rivera. With amenities like an arcade room and a coworking space, it’s clear that the project is targeting a younger, more affluent demographic, but Shastri says that there’s been a diverse mix of renters signing leases at the development. "It’s not just millennials," he says. "There are some older folks and some empty nesters; having the Blue Line next door has been attractive to anyone looking to get around by public transit." Shastri also suggests that the development has been popular for business travelers who are often traveling to and from O’Hare. 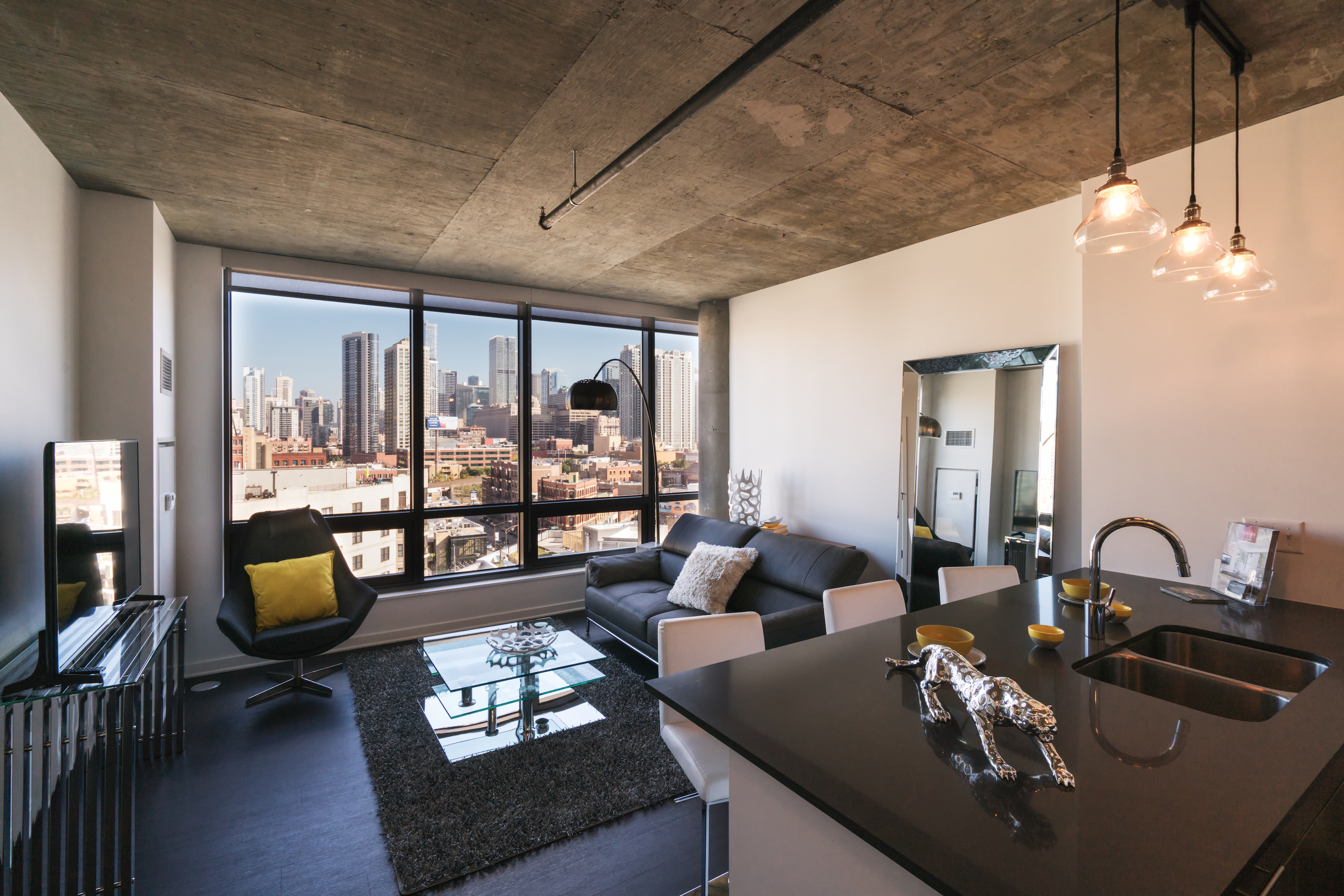 As far as pricing is concerned, the transit-oriented Kenect offers amenities commonly found in new downtown highrise rental projects, but units are competitively priced. Studio apartments start around the $1,700 mark, which while not inexpensive, is considerably lower than the starting point at other new downtown high-rises. There’s also a variety of units, ranging from studios, convertibles, as well as one-, two-, and three-bedroom floor plans. And as far as retail tenants, Shastri said that he could not comment on specific businesses, but suggested that they are in talks on "all spaces" in the complex. 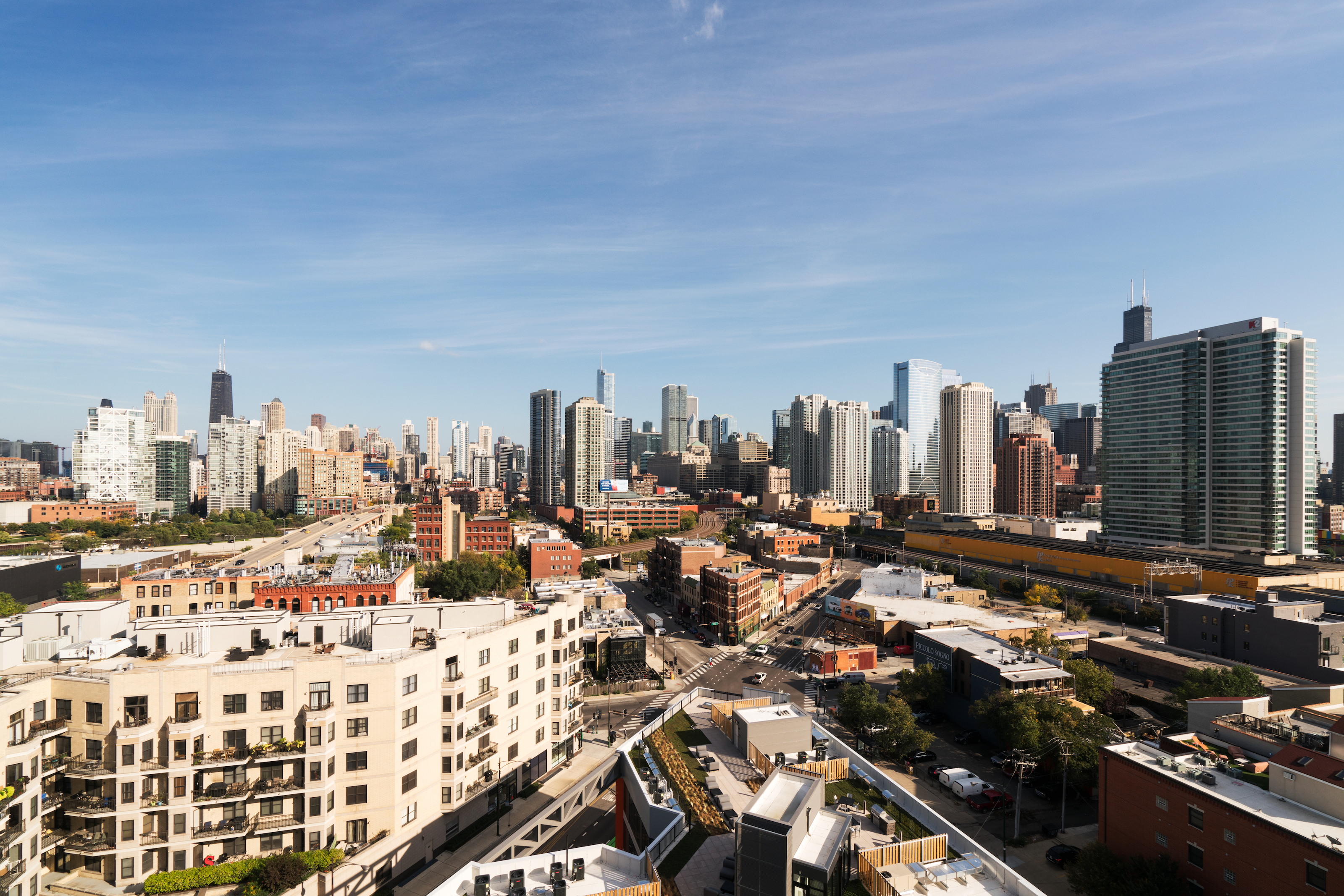 Kenect offers an idea of what we can expect to continue seeing near the edge of the downtown area. And it’ll soon be joined by a number of other new rental projects currently underway along Milwaukee Avenue. With a transit-rich location, a youthful aesthetic, and a slew of amenities and common areas, the team behind the new Kenect development are bullish on its potential.

Take a look inside Lincoln Park’s next luxury condo development